The Nokia 9 might be announced on January 19 and could have a lower price than previously rumored.

Prior to the launch of the Nokia 8, it had been a long time since we’d had a Nokia flagship. But another new one is rumored to be on the way, and it’s set to be bigger than the Nokia 8.

HMD Global – the company that’s revived the Nokia name on smartphones – has so far otherwise unleashed a handful of entry-level and mid-range phones, like the Nokia 5, but the high-end Nokia 9 might launch soon, and it could be positioned to compete with the likes of the Samsung Galaxy S8 and iPhone 8.

We’re starting to hear rumors about it. All of which you’ll find below along with our expert analysis. And as soon as we hear anything new we’ll add it to this article. 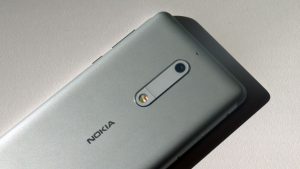 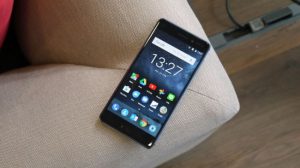 We’ve heard multiple sources say the screen on the Nokia 9 will be a 5.5-inch QHD display.

QHD typically means 1440 x 2560 and it’s the standard flagship screen resolution, though some phones, such as the Sony Xperia XZ Premium, are now pushing above that. 5.5 inches is a fairly typical size too – not a small screen but not quite a phablet either.

The possible use of OLED is perhaps the most interesting aspect. This is the screen tech used by Samsung on many of its phones, but one which isn’t widely used elsewhere.

It tends to deliver more vibrant, but potentially less natural colors than an LCD display. And could soon be the tech of choice among flagship makers. With Apple also rumored to be using it in upcoming handsets.

However, the Nokia 8 stuck with LCD, and is only slightly smaller at 5.3 inches, so for the Nokia 9 to stand out we’d think it might push the size up further.

TechRadar’s take: We only have one screen rumor and it comes from an anonymous source with nothing to back it up, so we’d take it with a huge helping of salt.